At a time when pop art was still prevalent and conceptualism was on the rise in the 1970s, Scherman opted for imagery and figuration, working exclusively on the rare technique of encaustic. His paintings and works are intertwined throughout the history of art. Over the past thirty years, portraiture has become a major theme with his contemporary meditations spanning villains and celebrities, famous people, and intellectuals.

Born in Toronto in 1950, Scherman spent his childhood and youth in Paris, Europe, and then London from 1955. His father, Paul, was a conductor and violinist in Canada, Europe, and England. In 1974, Scherman graduated from the Royal College of Art in London and returned to Toronto in 1976. He has had over one hundred solo exhibitions in Canada, the United States and Europe, and China.

His encaustic painting method combines pigments and wax to create multi-layered works. The densely built-up, dripping wax surface gives the work a visceral edge and a remarkable sense of depth. Scherman is considered the greatest exponent of the encaustic medium. The structured appearance and the visible brushwork of his pieces give them an animal immediacy.

His style allows him to get closer to people and the history of art. He tries to open several orders of magnitude. In the book The aesthetics of emotion: up the down staircase of the mind-body, Scherman explains how he understands the observation of his portraits by buying them with the observation of a tree: When you look at a tree, the leaves are growing and then they disappear in a few months. The branch has been around for a year or two and the trunk for seventy years. You are seeing all of this at once, experiencing several orders of magnitude at the same time. You think you are seeing the tree, but in fact you see several trees at the same time. That’s basically what happens in his paintings. All the different levels of magnitude and time are compressed into a single space.

Scherman sees encaustic painting without limits. Some of the brush marks are transparent, so you can go much further than with oil. At the Royal College, London, he began drawing with wax crayons and his tutor, John Golding, invited him to try encaustic. You found this technique challenging and when you paint with encaustic you imagine it like looking at a marble floor and realizing that swirls of color were once liquid and you are seeing the last moment of the liquid, the fractal in which it occurred.

Wax solidifies in seconds and when it dries to the surface, it sets it. Unlike oil painting, there is a time constraint and he has to make executive decisions at speeds he normally would never have and there is no turning back. Once the wax is dry, he has to step back and see if his decision was correct. He puts the next brushstroke and begins to build the work. He also grabs a knife and scrapes a bit. It is a kind of archeology with accumulation of sediments, scraping and adding until the area that he is painting is resolved.

For Scherman, the experience of painting in encaustic is very slow and completely choppy at once – cleaning the hot palette, redoing the wax, and adding the color takes time, but then it’s super fast because the colors can change on the palette as you go. they get hot and may change on the canvas as they cool. This is the worst medium to work with, but when mastered, the payoff is enormous. This duality of the encaustic medium creates the conditions to look into the painting. It does not resolve itself, but rather creates a sense of depth in the art and invites emotion.

Art can become a transitional object for people, for collectors, even for a museum. Some people return to the same paintings, installations, or videos over and over again. People are drawn to him because he acts as a transitional object. They have a subconscious conversation with this piece and it helps them negotiate the world in the same way that a child has a conversation with his blanket. The transition object is always found, never created. The child finds the blanket or the doll. The fact that she is there is very important. People find art all the time. In the depths of the encaustic, they find their transitional objects and the accessories are fixed.

In his series The Cream of Denmark (See the picture below), Scherman has gone from biographical to fictional portraiture. He reveals the protagonists of Shakespeare’s Hamlet, as seen from the point of view of the main character. Like snapshots taken for a photo album, portraits have simple, explanatory captions. His trademark bleak style lends itself well to the mental decline and brooding, distrustful mentality of literature’s favorite antihero. Scherman’s vision of what he calls the “work that starts out badly and gets worse” draws heavily on the artist’s life experiences. He shares with viewers an emotional intimacy that touches on themes of love, betrayal, and depression. The perspective of each work reveals as much as the subjects themselves, and leaves them open to a multitude of possible interpretations. The characters are neither good nor bad, their beauty and their flaws overlap in broad strokes. The world Scherman describes seems to follow Hamlet’s mandate to “represent reality, holding up a mirror for virtue, vice, and the spirit of the age.” 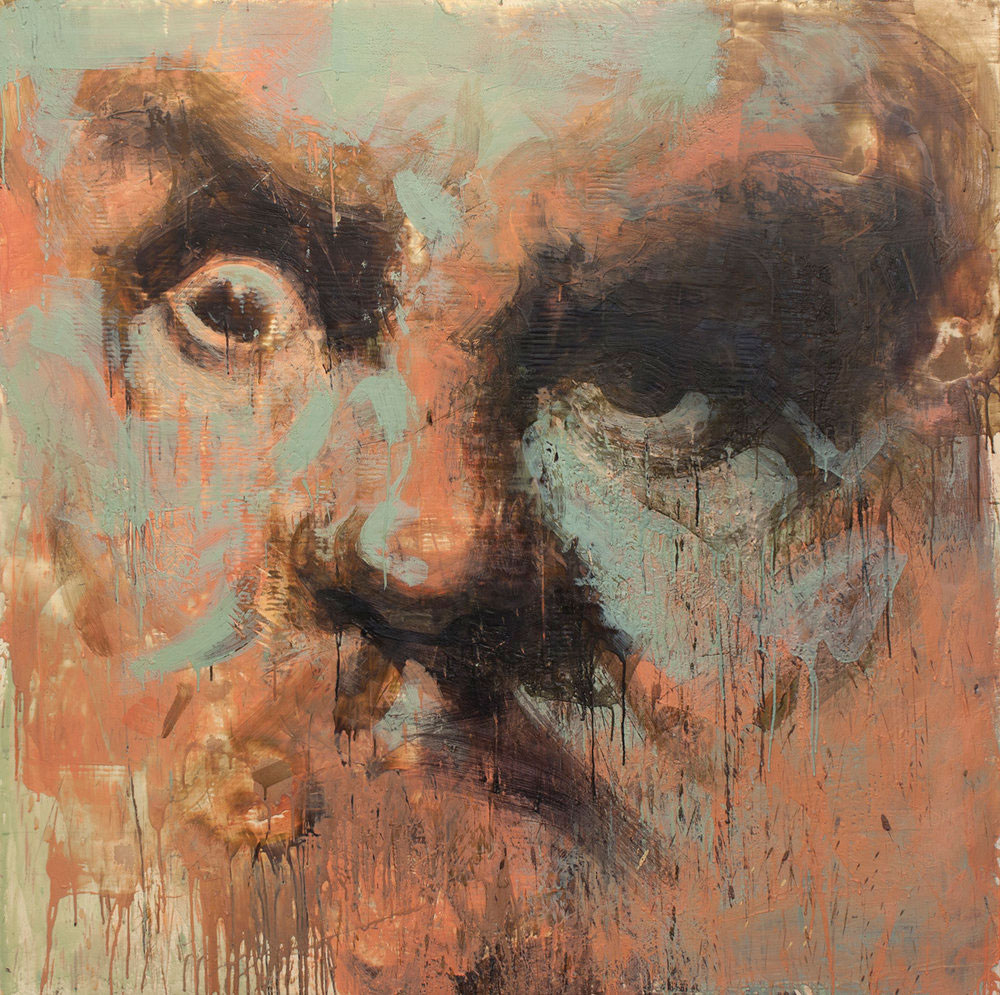 SUSANA BLANCO
5.0
Based on 1 reviews

Camilo Ruiz
08:18 14 May 18
WoW! This painting make me feel so nice every time I wakeUp 🤪, Thanks to the artist Susana for such a good recreation of this famous photography!! so coool 😉, and there many more from the same place that I got this, just have a look on her web site.
See All Reviews
Social media & sharing icons powered by UltimatelySocial